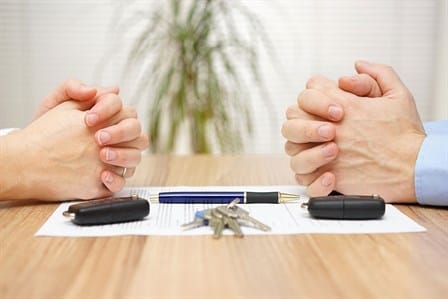 For the second time in three years, alimony reform has failed in Florida – and this time the Governor pointed to special interest add-ons as the reason for the failure.

In a letter explaining the reason for his veto of Senate Bill 668 (which had passed both the House and Senate of the Florida Congress), Florida Governor Rick Scott states that the express reason for his veto was the child custody element that was inserted into the bill midway through the drafting process. The language would have created a presumption (later modified to the no less troublesome word “premise”) that all cases should start from an equal division of time-sharing of children. Any other construct would have to be argued by the parties in court.

Initially the alimony bill was supported by the Florida Bar Family Law section, which not only advocated for passage of alimony reform but also helped write some of the key provisions. However, when the child custody presumptions were added, Family Law section support of the bill evaporated.

Even advocates of alimony could see the potential issues with the provision. “It starts at 50-50, then you have to present evidence saying why it’s not working,” noted Carey Hoffman, and alimony advocate recently interviewed by Orlando Weekly about the proposed changes. “But it’s costly to go to court repeatedly and most working parents can’t afford it. So in the end, the kids suffer. The system is already not working, and this legislation is just creating more flaws. There are many family-court issues that need to be dealt with, and they need to take care of the other issues first.”

The Bar argued that such a premise opened up other issues, as well, such as: exploitation of the by parents not really interested in the time sharing (but who are interested in lower child support payments); hardship to families where domestic violence has occurred in front of a child; geographic hurdles for cases where parents live far enough away from each other that having 50/50 rotation of a school age child is impossible or impracticable; and, most commonly, situations where the co-parenting relationship is so degraded that the cooperation and flexibility necessary to effectuate an equal time-sharing schedule simply does not exist.

In the end, the Governor agreed that the potential problems of the equal time-sharing provision simply outweighed the virtues of the alimony reform. “This bill has the potential to up-end [the policy of putting the needs of the child before all others] in favor of putting the wants of a parent before the child’s best interest by creating a premise of equal time-sharing,” he said in his letter to the Congress on April 15, 2016. “For [those] reasons I withhold my approval.”

Back in 2013 a less intensive and more gradual attempt at alimony reform tried and failed – that time being vetoed due to its retroactive “look back” application to alimony that had already been decided prior to the law.

This time retroactivity was not at issue (though there were some rumblings the language of the draft was loose enough to permit modification). This round, the proposed changes were an extreme departure from existing alimony laws in that they incorporated a calculation method similar to that used for child support.

The advantage of such a calculation is that it would have, for the first time, lent some sense of certainty to attorneys and clients in anticipating exact alimony amounts. It also would have removed the “discretionary” element of alimony cases – which frequently is the topic of appeal.

The disadvantage was well publicized by opponents of the measure, who complained that it put unemployed stay-at-home parents – and women particularly – at an unfair disadvantage.

Combined with the 50-50 presumption, it is not difficult to imagine wildly unfair results in divorces where couples opted for the more traditional one breadwinner- one stay at home parent scenario: Breadwinner parent does not do much parenting but seeks 50-50 in divorce and is successful, pays little child support and reduced and shorter term alimony, while stay at home parent has sacrificed (or never developed a career) and has to go back into the workplace at reduced earning capacity and no longer has responsibility for majority of the care of the children. Perhaps this was contemplated by the intact couple when embarking on the traditional arrangement, but perhaps not.

Alimony reform is, in the immortal words of Monty Python, “not dead yet.” It is sure to make a reappearance again as interest is high in Tallahassee and with the Florida Bar. What is unclear, however, is if the more rigorous overall of this recent 2016 version will be favored, or if we will see some return to the 2013 proposal so as to appease opponents resistant to more immediate and drastic change. For this reason, Attorney Ted Rechel suggests a prenuptial or post nuptial agreement may be most appropriate when couples embark on a traditional division of labor in an intact marriage.